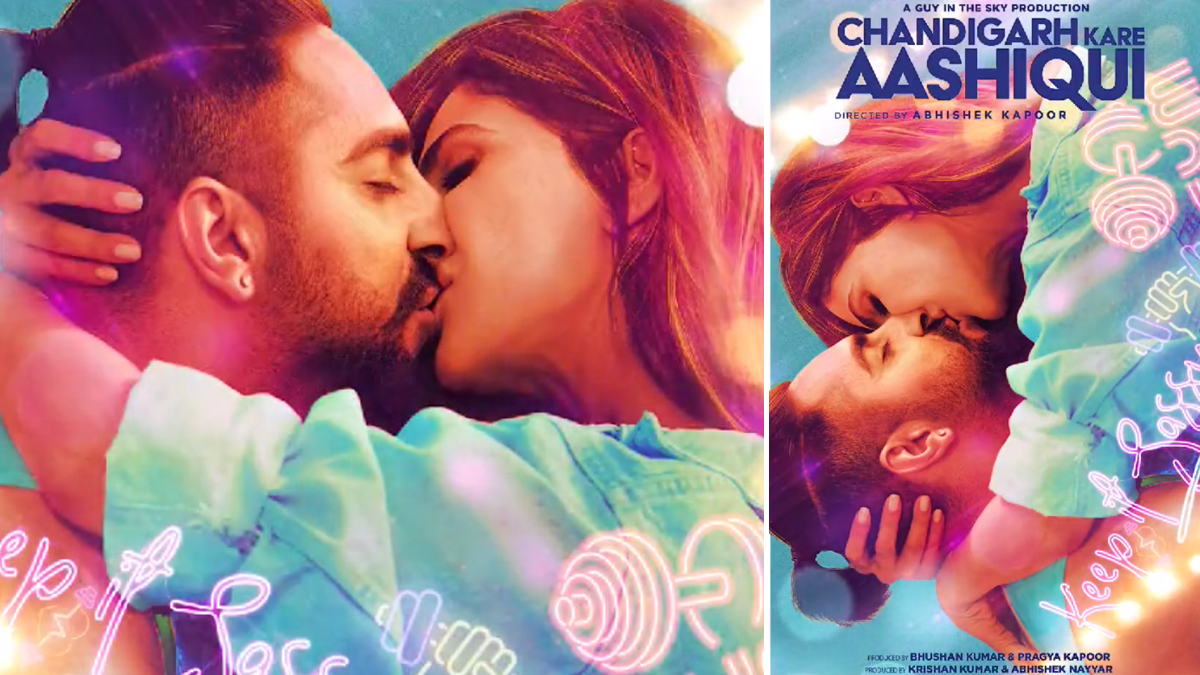 Let me start this article with a disclaimer.

The opinion and review of the movie are purely based on my point of view and do not represent the sentiments of the Transgender community as a whole. Every Transgender person’s lived experiences and life struggles differ depending on their background, that potentially shapes their opinion.

People often take personal opinions of individuals from the oppressed group as the representation of the entire community, and hence the disclaimer. Extrapolating personal opinion and imposing it on the Trans community is totally wrong, and creates biases. This is my experience as a Transgender woman watching Chandigarh Kare Ashiqui. And I am someone who always sees the glass half full.

The movie was released last Friday and believe me, I had no intention of watching this film since Bollywood is known for making transphobic content. Transgender persons have mostly been used as comic relief in the past. So, I was not ready for yet another transphobic Bollywood creation. Especially the movies that were meant to raise awareness about the LGBT+ community, they have done the worst.

When I first saw the trailer of Chandigarh Kare Aashiqui (CKA) it refreshed horrible memories of another film released earlier this year, Pati Patni Aur Panga. With the same storyline, a Cisgender male falls in love with a Transgender woman. I refused to watch the film because the trailer itself was mighty triggering.

In one of the scenes, the transgender character played by Aada Sharma says “6 mahine pehle main ladka thi, sex change karke main ladki bani hoon.” This dialogue triggered the hell out of me. Transgender women are women, born in the wrong body, why is it difficult to understand? 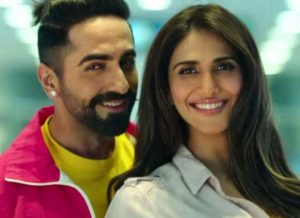 Some tears and smile:

Last Sunday while I was busy scrolling through Instagram I saw Gazal Dhaliwal’s post, a proud Transgender woman and Bollywood writer. Her balanced and positive review prompted me to book the tickets and take the dare.

I reached PVR Bandra in the evening, with no hopes from the film, packed with courage to keep my sanity against the transphobia I was expecting to witness in the film. But to my surprise, I cried a lot, many times throughout the 2 hour long movie. Although it has its flaws but it did make this Transgender woman smile at the end. 🙂

Characters and the movie:

CKA is Manu Munjal’s and Manvi Brar’s love story. Ayushmaan Khurana plays Manu’s character, a fitness freak and gym owner from Chandigarh dreaming to be the GOAT – “Gabru of All Time”, and of course is a Transphobic person. Manvi is played by Vaani Kapoor, a strong Transgender woman struggling her way through life and fighting every battle with a smile on her face. This movie is about Manvi’s pain from gender dysphoria and the struggles faced by her for being a transwoman. But this story is equally about Manu and how he learns, unlearns to overcome his transphobia.

In a not-so-serious manner, the film tries to capture a very sensitive topic on the silver screen. The filmmakers are bold to have chosen a subject that is seldom discussed.

Regardless of its flaws, the movie is an honest effort to highlight the pain and sufferings of the Transgender community and to start a conversation, which is unexpected from Bollywood. It does a decent job of creating awareness about the transgender community and also does not make it look like a documentary. It maintains a very good balance of lighthearted, humorous tone, but does not hurt the community’s sentiments at the same time. Overall for me, it was a great experience. 🙂 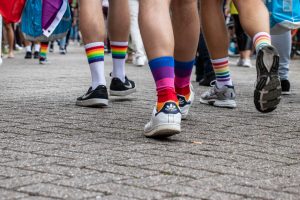 It is a conversation starter:

CKA has its flaws as expected from any Bollywood movie. As usual, Manvi’s Trans Woman character is played by a Cisgender woman Vaani Kapoor, this has often been a point of concern globally, be it Bollywood or Hollywood that Transgender characters are being played by Cisgender persons. It is not that we don’t have talented Transgender actors, but time and again the filmmakers cast Cisgender persons as a transperson’s role. The trans community definitely doesn’t need such representation, moreover, a cisgender person can never feel the pain of a trans person or be able to portray it on the silver screen.

However, just like Gazal’s insta post said, I am also happy about the fact that transgender persons’ stories are being told on screen, and that too in a positive manner. This is a good start considering Bollywood’s history of being a Transphobic industry.

As for Vaani’s performance as Manvi, I never expected she would be able to pull off this role, but she proved me wrong. I could see the resemblance of my pain on her face. The finer things, like the fear of the unknown, the silent fight against society, to smile despite being in so much pain, it was all there.

The film has many relatable scenes, for instance, in one scene she walks past a group of people and sees their reaction through a mirror, and then she smiles in happiness for she could pass through them as a woman.

Another scene is when she makes a profile on a dating app and the dilemma about which gender to choose before opting for her true gender “Woman”. Or when she gets asked for a date, the excitement on her face but wrapped with the fear of rejection.

The constant looking in the mirror before meeting anyone to make sure she is looking like a woman, the woman who she really is. The pain when she is explaining to people that she was born as a girl but in the wrong body and that it is not her fault.

All these and many more scenes, Vaani does live up to the role. For the first time on the silver screen, I saw my pain and it made me cry a lot, several times. Kudos to Vaani Kapoor for breathing life into Maanvi’s character. The best part of her performance, as a Transgender woman, was that it felt like I was on the screen and it never felt like someone else is narrating my pain.

And now some flaws:

Other than a Cisgender woman playing a transwoman’s role, another flaw in the movie is the usage of Transphobia/Transphobic slurs and it has been rightly called out by many from the transgender community. But in my opinion, showing Transphobia is necessary to portray its ill effects on transpersons, and hence social and behavior changes are both urgent and essential. Maanvi’s daily struggle also shows the Transphobia of the society which most Transgender persons face in day-to-day life.

Manu’s unlearning and learning phase where he goes through all the reading, research, and consultation to know about Transgender persons is a crucial part of the film. Here, the filmmakers have beautifully explained the gender concept that “Gender is in the mind and not in the body.” I felt the learning phase seemed rushed, more like a fast forward. But remember this is a Bollywood masala film and not any documentary but it would have been great had they given some more screen time to this “learning about the Transgender person” phase of Manu.

My biggest fear about this movie was triggering dialogues as I said before “Main ladka thi fir ladki bani”. Pleasantly, the movie never showed such transphobia or misinformation which is very typical of Bollywood. Maanvi consistently says that “I was born as a girl, it was just in the wrong body without my fault,” and this is an accurate way to describe a Transgender woman.

Another thing which I could relate to the most was when Manvi’s father says to her “Why should you be ashamed, you should be proud of yourself.” These were the exact lines my sister told me when I came out to her. Manvi’s character is of a strong, independent, and unapologetic transgender woman who has the full support of her father. But in reality, the majority of transgender persons never get such kind of support from their families, yes there are exceptions, like me, and that this is a film.

Society has always portrayed Transgender women in a typical way and when they meet a Transgender woman like Manvi, they just cannot accept them. They prefer and want us to be submissive, apologetic and say sorry to every being all the time. The world wants Transgender persons to live at their mercy. Bollywood is no different, it has also portrayed transgender women in the same stereotypical roles. Manvi breaks all these stereotypes. Despite these flaws, I had a good experience and did enjoy the movie. I cried with Manvi and laughed with her too.

Message to my trans community members:

To all Transgender persons like me, if you are going to watch this movie, be prepared for the flaws and transphobia. Please don’t expect this to be a Trans awareness documentary. It is not even a movie made to compete with world cinema, it is just a light-hearted film with good intentions and sincere efforts.

Well, we do not teach quantum physics to a 6-year child, do we? To me, it is the kind of movie that my sister can show to my extended family to help them understand and learn about me. Indian society is gradually learning and a lighthearted humorous tone to narrate a stigmatised story is the best way to start a conversation.

In my opinion, this film has definitely kickstarted conversations in Indian households, the one our society is hiding from, and that my dear friends are the biggest takeaway we can ever ask!

1. Gender is in the mind and not in the body.
2. And if Manu Munjal can learn about gender and unlearn Transphobia, well, then anyone can. 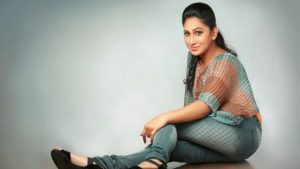 Keeping these flaws aside, Bollywood has taken a genuine step and an honest effort, and I appreciate that. Maybe we will see Transgender actors in central roles on the silver screen, hopefully soon. Like Anjali Ameer, remember? But, till then this is a start and the start is good considering the years of transphobia Bollywood has spread across countries.

Though I have not said much about Ayushmaan Khurana, everyone in the movie has done a commendable job and Ayushmaan did brilliantly as a supporting character. Sorry, but for me, the movie is more about Manvi than anyone else. As a Transgender woman for the first time I saw a Bollywood movie that I could relate to, and so how can you expect me to say about anything other than Manvi.

Kudos to the makers of Chandigarh Kare Ashiqui for an honest and hearty effort to bring the story of a Transgender woman on the silver screen in a positive manner and not to forget with a happy ending. The life and struggle of every Trans person are different and so is their opinion. Hoping Bollywood will make more such films with fewer flaws and cast Transgender persons for transgender roles in the future.

About TOC: The Outcast Collective (TOC) is an Diversity, Equity and Inclusion consulting and advisory firm. The Outcast Collective was started with a mission to bring those individuals on the margins to the center. We catalyse dialogues about matters that have historically stayed out of the societal and organisational periphery yet challenging the norm.